Favorite Camp Memory:  In 2006, I had a Joyful Hearts camper named George. George was always eager to get to the (original) dining hall, especially for breakfast. And because carrying his tray was a bit challenging, I’d always ask him what he wanted. This always included at least 2 cups of coffee (or hot chocolate). “George, what would you like for breakfast.” “Two cups!” I’d encourage George to start with one and maybe get a refill. Occasionally, George would ask for three or four cups; and this continued all week. So, one of George’s last days, I actually went and poured 5 cups of hot chocolate and put all 5 in front of him… the look on his face was PERFECT. And yes, he downed them all!

PS, The pictures are on a Facebook album of mine.

How camp has influenced my life:  After my first or second summer at Camp, I knew I wanted to work for the Church, full time. I knew that whatever I studied in college needed to aid in that goal. Camp essentially created my perspective on evangelism, the great commission, and ministry in general. Because of camp, I have a deep passion for sharing the Gospel message, pursuing Truth, and helping others. 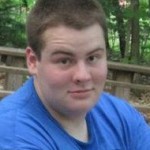 Favorite Camp Memory: Being out in the middle of round lake as a camper with two other first year campers, our paddle boat went down. I stood on the last edge of the boat, screaming for Bubba (Ryan) to come save us. There was an epic canoe-boat rescue. I can’t say the same for the paddle boat. The two girls who were in their first summer at camp will probably be scarred for life.

How camp has influenced my life: Despite the ups and downs of life, camp has always been a place of quiet solitude. It’s because of camp that I have any mystic element to my faith. I’m now studying to be a Pastor at Concordia Seminary largely in part to my many experiences here. Favorite camp memory: I have a lot… campfires, lots of fun games of camp clue, joyful hearts, presidential nicknames, Wales day camp, the time when I was in charge of middle school boys for a week and the parents were really confused when they realized the counselor “Scooter” was a girl and the S.I.T. Grace was a boy, and just getting to know a lot of great people— campers and staff.

How has camp influenced my life: Well, it’s been a few years since I was a counselor, but it really helped me to be able to open up and share my faith easier with others. 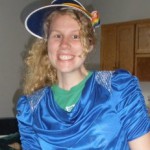 Favorite camp memory: Too many to mention: driving around Tony in the golf cart, and listening to Craig’s sarcastic comments and awesome compositions, and vacuuming the KC (of course)!

How camp has influenced your life: Camp gave me the opportunity to interact with a multitude of different types of people. Being a counselor gave me leadership experience which has helped me in my professional life. Most importantly, camp provided a place to focus on God and His Word, and put that Word into action through service to God’s children of all ages.

Years at camp with position: 2013 – Wrangler

Favorite camp memory: Riding the horses to the campground to advertise to the public.

How has camp influenced my life: I, not only, have gained some really good friends but I have found another place to call home. Camp has been apart of my life since I was born but after being on the staff I have a new love for LuWiSoMo.

How has camp influenced my life:  Camp has helped me develop my leadership skills and provided me with a solid group of peers to help me stay strong in my faith. How has camp influenced my life:  It’s really where I grew as a human and follower of Jesus Christ.  It taught me some obnoxious action songs like Pharaoh, Pharaoh, all the fun games like Eagles Eggs, Capture the Flag, and Dare Base that I still play with youth, how to be extremely flexible, and how to love people well.  It’s where I learned how to play guitar, had my first camp crush, and got to share Jesus with others.  If I hadn’t gone to camp I doubt I would have gone to a Christian college…learned about outreach / missions, or traveled to 23+ countries and counting.  CAMP MATTERS…and when camp is in your blood it’s there to stay. How has camp influenced my life:  Camp is the place where I really became excited about my faith. I made many great friends and connected with them through that common faith. I also met my wife there. LuWiSoMo had a huge influence on my college and career choices. I went to Concordia and went into church work. Now I teach 5th grade at an LCMS school. I still try to get back for a visit once every summer!

Favorite Camp Memory: One the memories that stands out the most to me was walking back from a campfire at the beach and my campers and I sang songs all the way back.  All of the girls had beautiful voices and they were amazing to have for that week! But I also loved making the friendships I did with SITS, campers, and the rest of the staff.

How has camp influenced my life: Apart from the stories I carry everywhere and tell to everyone, I’ve grown from camp. I’ve learned to stand up and be a leader. I’ve come to love beyond my previous capacities. Goodness and light is found much easier in my life. And from camp I’ve come to know myself and God and His role in my life. 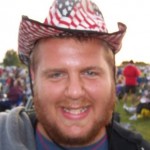 Favorite Camp Memory: We had a running joke that Tom Martin was better in every way compared to Chuck Norris (this was a summer when Chuck Norris jokes were big) because Tom had an emergency plan for any trouble that might come up whether it was a weather emergency or building collapse with people inside.

How has camp influenced my life: It was great to be able to get to know my fellow counselors and they helped me grow in my faith over the summer. I was also able to help return the favor and hopefully I helped encourage the faith in the children each week.