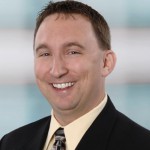 Favorite camp memory: Hiking to Saxville for Ice Cream, Kussell Lake, Actually winning capture the flag defending the lake side.  Donating my Grandfather’s Military Flag to camp after our old one was struck by lightning, and sleeping out under the stars on the hill down to the lake.

How has camp influenced my life: Camp is where life long friendships are/were made and to have a faith based camp makes those relationships even stronger as brother’s and sister’s in Christ. 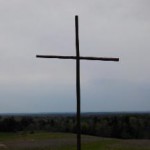 Favorite camp memory: MASH camp with Bugsy (Mark Moran) and building campfires and singing at them.  Meditation hill is my favorite place at camp!

How camp has influence my life:  I have a greater love for the outdoors and Camp LuWiSoMo. Favorite camp memory: WOW, this is a tough one! Each summer held amazing memories and life changing events. I truly valued the ‘bubble’ that we were in at camp! We could act as goofy as we wanted and no one judged us. I also loved getting to know God’s amazing campers and staff members:) Some of my favorite memories are camp fires and some of the fun but strange skits we put on!

How camp has influenced my life: I am so thankful God placed working at camp in my path. I grew as a person and in my relationship with God. My experiences at camp have helped me in my classroom!  Thank you to everyone who has worked at camp, is working at camp, and the people who will be working at camp:) Favorite camp memory: There are so many memories: Owl Camp with Static and Sheesh, Romans and Christians, swimming at night with the counselors, and the many deep conversations with other counselors. I remember a Bible Study I did with my girls that somehow turned into who could do the best “Cousin It” impression since we all had long hair. I also remember many precious moments with my JH campers and JH SITS.

How has camp influenced my life: Camp helped me build confidence in my ability to be a leader and ability to share the Gospel with others. It provided me with a starting foundation of games and songs that I have used with my youth group and classes. It helped solidify my desire to enter the profession of Church Work. My second summer at camp also provided me with the much needed support and constant reminders of Jesus love that I needed after losing a close friend just days before coming to camp. Since being a counselor, I have brought many groups to LuWiSoMo for confirmation retreats and Outdoor Education.  I also had the opportunity to serve on the Board of Directors and grew threw that experience. I pray for camp often and that it can continue to influence the lives of many through the saving Grace of Jesus!!! Favorite camp memory: Whenever I was prompted to give a motivational speech.

How has camp influenced my life: Camp gave me a lot of good memories but it’s still too soon to tell. Favorite camp memory: The people. Camp wasn’t camp without the people who made it tick. The staff as well as the campers made the experience monumental. The campfires, the camp games, the camp songs and the environment built this positive atmosphere that anybody could flourish in. They’re all such great memories!!

How camp has influenced my life: Working at camp without a doubt changed my life. It helped me figure out what I wanted to do with my life, how I want to live it and the person I strive to become. There aren’t words to express how grateful I am for the imprint Camp LuWiSoMo has left on my heart! Favorite Camp Memory: Wow, where to start…campfires on MedHill, many games of Romans and Christians and Eagles Nest, the blessing song at the end of a great Joyful Hearts week, Wales and Lyndon Station day camps, Owl Camp with Static and Iculus, and importantly the support I received from staff during a family emergency the summer of 2004.

My name:  We couldn’t come up with a better name, so No Name became NoNami.

How has camp influenced my life: Being a counselor and being put in the position of caring for children and teens who are learning more about God was an amazing experience!! I learned that I am a stronger person than I was believing myself to be. Working with Joyful Hearts led my heart to want to work with people with intellectual disabilities. I love camp and I hope to be able to send my son to Camp LuWiSoMo when he’s older!! 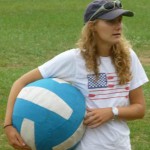 Favorite camp memory: Getting to go on a wagon ride with a JH camper who had been looking forward to it all week…best ride ever!

How camp has influenced my life: I made some really great friends! I also go back to that summer’s theme a lot in my daily life “We are his hands” and think about what that means in the “real world” outside of camp. Favorite camp memory:  Trying to catch the bell ringers (kids from off camp) Then sneaking around camp looking for them and chasing them down (well trying to chase them down).